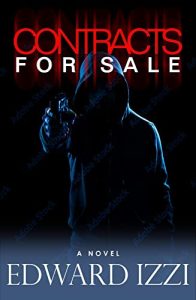 When John Monahan completed the hostile takeover of Concave Digital Solutions, a multimillion dollar software company, against its co-founder and partner, little did he realize he was steering a hornet’s nest.  Michael Fortuna felt hard done by and couldn’t help pouring invectives and threats against Monahan openly. Not long after, Monahan was kidnapped, murdered and his remains completely “liquefied” without trace. Was Fortuna really responsible or there is more to it than meets the eyes?

Who was behind Eradication Inc. and were they truly a cleanup company or a ‘murder-for-hire’ syndicate?  Who could be responsible for the Houdini Victims?

An investigative reporter, Paul Crawford of the Chicago Sun-Times was assigned to unravel the mysterious disappearance of John Monahan. Everything points to Fortuna as the culprit but he had a strong alibi. Worse still, similar other disappearances and murders had taken place thereby complicating things. Crawford realized he had a very difficult task before him, but one he was determined to solve at all costs.

Contracts for Sale is a thrilling crime story virtually every reader will enjoy!

BIO: Edward Izzi is a mild-mannered accountant turned crime-fiction author! He is a native of Detroit, Michigan, and a CPA, with a successful accounting firm in suburban Chicago. He is the father of four grown children and two grandchildren. Someone several years ago suggested that start writing again, a favorite pastime in high school. He has now written many short stories, poetry, and thriller novels over the years, including ‘Of Bread & Wine’, ‘A Rose From The Executioner’, ‘Demons of Divine Wrath’, ‘Quando Dormo’, ‘El Camino Drive’, political thriller ‘When A Rook Takes The Queen’, and a coming of age novel ‘The Buzz Boys’. He also recently published the Detroit crime thriller ‘They Only Wear Black Hats’ and more recently, ‘Contracts For Sale’. He and his wife, Ginette, reside in suburban Chicago.