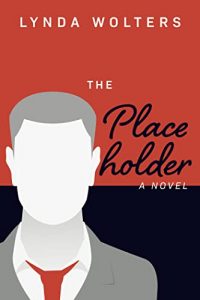 Serenade Kincaid was a successful a US attorney, winning cases for her clients along the line. However, it was such an irony when she did not only give up virtually everything she owned in a divorce case against her husband, but also lost the visitation rights she craved for. Depressed, drowning in debt and self-pity, Sera’s life had hit rock bottom. It was a very unpleasant place to be for someone that loved fun.

After a series of failed attempts at getting into another relationship, Sera had to settle for a placeholder—a “bad boyfriend” that could keep her company and satisfy her sexual needs in the interim.  However, things took an unexpected turn as their relationship blossomed, maybe the placeholder could be the dream partner she had always longed for.

The Placeholder is an entertaining love story that will definitely keep readers engaged till the very end.

BIO: Lynda was born and raised in a tiny farming community of 400 in northern Idaho. She worked on the family farm, with her first job being picking rocks out of the fields with her dad and grandpa. She graduated to driving both the truck and combine during harvest season. After high school, Lynda traveled to New York to be a nanny for a few months before moving to Las Vegas to further her schooling.

Lynda has worked in the legal field for 30+ years and enjoys ballroom and swing dancing, horseback riding, kayaking, and river rafting. She has a heart for people and regularly volunteers. Following a diagnosis of incurable cancer, Lynda began writing. Her first non-fiction book, Voices of Cancer, was released in 2019 (a piece was done by Jane Brody on January 20, 2020, and published in the NYT, and a grant purchased the Chinese translation rights, and Voices of Cancer is now offered to medical students in the Tawain area), and her second non-fiction book, Voices of LGBTQ+, was released in 2020.

The Placeholder, Lynda’s debut novel, will be released on November 1, 2022. Lynda currently has a middle-grade historical fiction manuscript about her in-laws, who were children in the Netherlands during WW2, in editing.