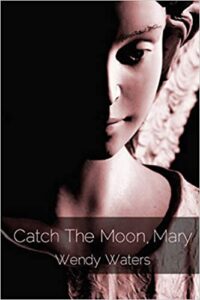 The story is about a girl named Mary who was often molested by her father until a guardian angel came to her rescue.   Angel Gabriel promised to make her famous as a musician later in life but eventually took it to the extreme by eliminating anyone that seems to pose the slightest risk to Mary achieving the set objective.

When her father abandoned Mary and her mother and disappeared with her half brother and sister, she made up her mind that she will do whatever it takes to improve their living standards and also reunite with her siblings someday.

Catch the Moon, Mary is an interesting fantasy book that talks about angels, music, and family life. It’s a captivating story that will keep the reader flipping its pages to the end.

BIO: Wendy Waters is an author, composer, lyricist and librettist. Born in Australia, she grew up in Sydney, lived in the USA for six years and now divides her time between London, Sydney and Paris. In 2011 Waters volunteered to work with OASIS Salvation Army Crisis Centre in Sydney, helping musically gifted young people. Waters has written three musicals: FRED, ALEXANDER and THE LAST TALE (with composer Shanon Whitelock) and two books, Catch the Moon, Mary and Fields of Grace. Music is a constant theme in Waters’ work.