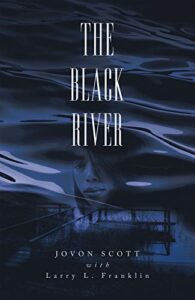 The story centers on Dr. Tianna Smith, Chanel Rosenthal and Victoria Bloom, three main characters that were strikingly distinct. However, the trio will eventually connect only to discover that they have more than a passing interest in each other’s life.

Chanel grew up in the slums of Chicago, in a foster home where she was taken to following the loss of her parents and gross abuses she suffered in the hands of a supposed uncle that raped and took her virginity when she was still a little girl. Her turbulent formative years would eventually lead her into living a dangerous life of drugs and constant craving for sex.

Dr. Smith was a psychologist who helped her clients to pierce together their broken lives and hold on to whatever glimmer of hope she could offer them.

Victoria was born with the proverbial silver spoon, but the sudden death of her mother left a deep void in her life. It became apparent to her that wealth can’t buy happiness as she tried to make a meaning out of her boring life.

The Black River is a thrilling book with lots of adventure, suspense and pulsating romance that would certainly captivate its reader.

BIO: Jovon Scott is 30 years of age and began his incarceration in an Illinois prison at age 19. He has a projected parole date of 2033. Jovon was raised on the slum streets of Chicago in an area better known as the Robert Taylor Projects. It comes as no surprise that Jovon turned to street gangs that offered a means of survival, a family-like environment, money, drugs, sex, and respect.

It was in a 6×9 foot cell where Jovon discovered how writing frees the soul and opens an imaginary reality, a breeding place for creativity.

“The Black River” was written by Jovon Scott with Larry L. Franklin. Scott and Franklin became friends when Jovon helped with the research on Franklin’s last book, “Supermax Prison.” It was during this time that Franklin became familiar with Jovon’s writing and began editing his work. The two of them continue to work of future projects.