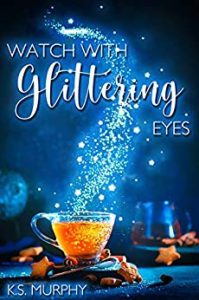 In the land of magick and non-magick users, Travis couldn’t stand seeing anyone suffer, even when he is not well equipped to handle such unpleasant situations. However, his encounter with Niko, a kitten with transformational powers became a turning point. Niko was not just a lovely kitten with extraordinary abilities but also a passionate lover with burning desires.

Other characters in the book include Emma, Mr. Grayweaver, Ms. Gomez, Byron Baxter, Decker and Scarlet among others.

Niko was pissed off when Travis got yet another summon from the Grand Council, actually the seventh within a short while over offences bordering on reckless use of magick and vigilantism. They were weighty charges that could have him imprisoned if found guilty and the possibility of his lover being taken away from him is something Niko wouldn’t want to imagine.

BIO: K.S. Murphy was born and raised in New York with their rather large Irish/Italian family always encouraging them to go for their dreams. Over the past decade+, they’ve been a cook, a professional cleaner, a teacher, a nurse, a chauffeur, a photographer, and a librarian for their two mini-humans. One of their favorite things about writing is creating a world that readers will want to see and touch and know more about. In their spare time, they enjoy superheroes, epic space adventures, magical worlds, happily ever afters, and thunderstorms.