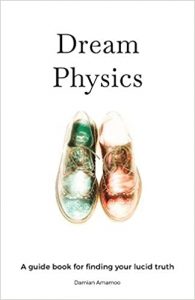 It all began in the form of nightmares in 1979, in a house somewhere in Adelaide, Australia. Just like some other people, Damian often had dreadful nightmares, and would wake up panting and drenched in sweat. It will eventually culminate in extensive research and studies in Neuroscience, Psychology and Philosophy about lucid dreams. Are they real? What are the effects or consequences? What does the grand unified theory (GUT) has to say about it? Is the GUT on the other hand, all encompassing?

Dream Physics is quite a unique book like no other, and it will certainly push your imaginations to the extreme limit. Not a few people grew up to see certain experiences as unquestionable norms that should be taken for granted. However, the author of this book did not just disagree with such worldview but also opened up new vistas about them.

This book is a thought-provoking masterpiece virtually everyone would find intriguing to read, but particularly more so for people who don’t like following the bandwagon sheepishly. It will widen your horizon and make you see things differently and more logically!