Home > FUTURE WORLD ROCKS! (Going Back To Our Roots) 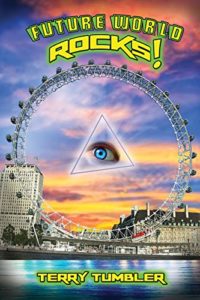 The story began as the WW11 was coming to an end and the German scientists were moving over to the side of the victors. Among these scientists were two Germans named Fritz and Selif who were caught up at gun point. However, both were still young in their early twenties and were determined to join their fellows who were already enjoying a new life along with all the pecks as they now worked with NASA. At same time, thirteen-year-old John Peel who was orphaned by the war was already struggling with elementary electromagnetism despite the fact that his academic performance had nosedived due to the psychological trauma of losing his parents. John would also have to overcome not just the challenges of living with a poor childless couple that adopted him, and wanted him to earn his upkeep but also top influential men in the society who feared that John’s inventions would ultimately affect their profits since he was working on unconventional ways of getting things done with better result and less costs.

Fritz, Selif and John all had one thing in common; they were all gifted scientists who developed their own space crafts. Traveling long distances in their space crafts culminated in a time travel that took them into the future as well as having encounters with aliens.

Together, they will all face the new world order!

Future World Rocks is a thrilling sci-fi that would be enjoyed by anyone that loves science fiction.