Home > IVY IS A WEED 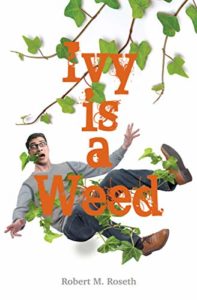 The story commenced on a tense note as MikeWoodsen, a campus public information officer was woken from his sleep and was notified about a tragedy that just occurred at the Main Central area of the University.

The sudden death of Jeremy Ronson, a high ranking staff of the university was treated as suicide by the investigative team working in tandem with the school authorities. However, Mike was not convinced with the outcome of the investigation as his gut instinct made him to believe there was more to it.

Mike was advised to accept the official statement on the cause of Ronson’s death but his curiosity got the better of him. As Mike continued to dig deeper, the threats to his life and that of his loved ones heightened.

One noticeable feature about this book is the in-depth way the author narrates events, which makes it easy for the reader to grasp everything, in a way that is akin to watching a motion picture.

Ivy is a Weed is quite an interesting book that could keep anyone engaged.