Home > Paris in the Spring Time 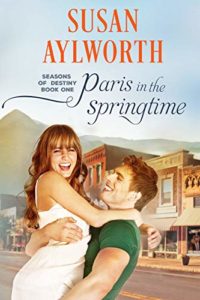 Something that would most likely strike you as you begin to go down the pages of this book, is the fact that it wasn’t written like a fiction, in the sense that events occur exactly like it would in real life scenario—thus making it easily relatable.

The plot revolves around Paris Cutler, who was not just stunning but equally intelligent. Paris had returned to her home in Destiny, a town where she grew up and had her schooling, only to discover that her former teacher who is now a principal, Greg Frantz had fallen in love with her.

Although there was a little age difference between them, as Greg was six years older than Paris, but that wasn’t enough barrier to the mutual affection they felt for each other. However, when it seemed like everything was falling into place, Paris got an amazing job offer she couldn’t possibly refuse but that also means she wouldn’t be living anywhere near Destiny.

Paris in the Spring Time is apparently the first book in a series that holds a lot of promise. It is written in a simplified way and is quite refreshing to read.