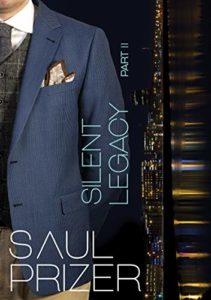 Oliver Paxton became the third generation leader of the brotherhood after its pioneer leaders Arturo and Edwin passed on, and Fredrick Olster was too old to carry on. However, after a couple of decades of successfully running the cartel, Oliver was implicated and ended up in jail. As he was about serving out his sentence, and with lots of optimism on how he was going to live again as a free man, a supposed confidant ratted on him with enough evidence that would send him to the gallows—no thanks to undercover detective, Bruno Brawling.

Other characters in the book include Peter Dapkins, James Murray, Peter Dapkins, Dorian Elby, Pamela Dobson, Lana Moore, and Craig Spyker among others.

Benjamin Zee knew he had to do something, and fast too if he would stand even a little chance of saving his boss from the hangman, or at least avenging him but he was determined regardless of the odds against him.

The book commenced on a tense note and maintained same tempo all through, as the reader could feel anxiety in the air almost at every turn—just like in the movies. The book captured some of the activities that take place in the underworld of cartels and brotherhoods.