Home > Take Me With You, My Love 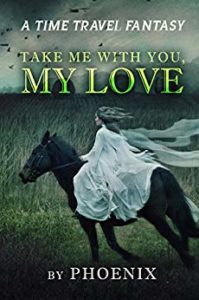 Reading through this book is like watching a movie, because the characters and the plot are so well illustrated that they seem to jump in one’s face. From the first page, the reader begins to identify with the various characters and their attitude which were mostly relatable. Alice came into the picture as she was having a difficult time with her boss, Pauline who obviously was not impressed with Alice’s work and wasted no time in letting her know about it even if it means using the F-word on her.

Alice couldn’t stand the overbearing attitude of her boss and would usually try to put up a defense albeit a feeble one since the prospects of looking for another job should Pauline decide to fire her did not in the least appeal to her. She could feel it that Pauline has a natural dislike for her.

Events in the book were captured through Alice’s eyes and the plot dwelt on the many issues that often occur in the work place.

Alice’s character is well developed and one could easily note her likes and dislikes, and even down to how she will react to issues. She loved reading books but hated romance in all its forms whether in fictional works or in real life—she had a phobia for sex.

Later in the book, Alice went on a time travel back centuries earlier not in the actual sense anyway but through a book she was reading and became so attached with it.

Take Me With You, My Love, could be described as two books in one booklet and while one part dwells on Alice in today’s world, the other part is about events that happened during medieval times.

The book is interesting but a little complicated.