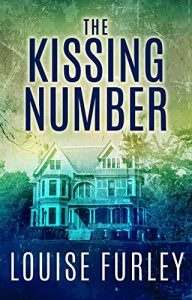 Coli went to jail when she was still a kid, over a crime she didn’t commit. Her step mother and half-sister loathed her. She had very limited chances and was vulnerable due to her criminal record. Coli’s future appeared so bleak but when she inherited a Victorian mansion with 600 acres of land, it became some sort of lifeline to her. However, would she be able to turn around what was considered by most to be a worthless land? Would she be able to actualize her dreams? Would she even survive the set-ups and attempts on her life?

Brogan was an ex-marine but later became Builu County sheriff, physically strong, bold, and indeed a textbook definition of alpha male. Brogan knew he has to do his job regardless of whose ox is gored—even if it means arresting the woman he loved so much…..

The Kissing Number is an interesting story about love, passion, dedication and murder.

BIO: I have published 33 fiction books to date. Most are romance/suspense, one is a young adult murder mystery. I have 4 illustrated children’s books I am working on publishing.