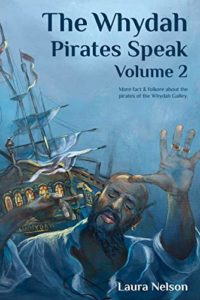 This book is nonfiction analogy written about events, particularly centering on pirates and their activities. Despite being a historical compilation of real life events that took place back in the sixteenth century, in the areas known today as the United States of America and the islands surrounding the Caribbean Sea, yet the story is as thrilling as any farfetched fiction could be.

Reading through this book can make anyone to have a feeling of déjà vu especially if you’ve watched movies like Pirates of the Caribbean and the likes.

Set during the era of wooden ships, the plot revolves around the activities of pirates operating on the Whydah ship, especially how they attacked ships, took prisoners and also looted goods.

Samuel Bellamy is the principal character as well as chief pirate the book dwelt on. It recounted his adventures and forays as one of the most notorious pirates in recorded history.

The author wrote the book more like a narrative than a novel, and also recounted most of the trends of that era, including how the authorities battled to contain piracy as well as the punitive measures that were taken against pirates that were caught.

Another good thing about the book is the fact that each chapter is followed by a glossary that explains certain terms as used in the book.

BIO: I am a graduate of Augustana College in Rock Island, Illinois. I am also a Certified Paralegal. So far in my life, I’ve been a radio station disc jockey, a cashier, and an unemployment fraud investigator. When not reading, researching, or writing about pirates, I enjoy walking, playing with my cats, and Tai Chi, in no particular order.