Home > THE WILL OF THE TURNTABLE 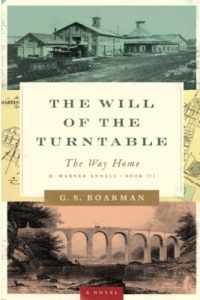 Mary had just escaped from an asylum in Washington; it was still raining cats and dogs, drenching her completely.  The evening was dark yet the waterlogged streets of the capital city were congested with men loitering about. The inclement weather was no doubt adding to her misery and decreasing her already slim chance of beating the odds.

Escaping from the asylum might even turn out to be the easy part considering that her ultimate mission is to assassinate the president. Would the help of another fugitive, a mere boy, make any difference?

The Will of the Turntable is not just enjoyable to read but also offers a sneak peek into what life used to be like in 19th century American cities. This book is part of a thrilling trilogy, even though reading it solo still makes a lot of sense.