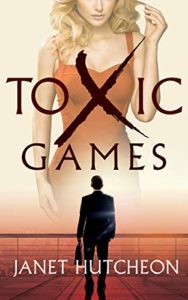 Toxic Games is a book that centers on the challenges some people face in marriage, especially in the area of infidelity. Angela had watched with dismay how some people tend to fall out of love in marriage, only to face a rigorous and often difficult moments with divorce proceedings and she vowed never to thread such devastating road. She did her bit as a loving and supportive wife to ensure that her fears never materialize. For the first twelve years of her marriage to Rex, everything seemed perfect until a piece of paper she found in Rex’s jacket changed the entire dynamics. She couldn’t believe that her worst nightmare has become a reality—Rex was actually cheating on her!

Morgan was no doubt gorgeous, and it would take the resolve of a monk to resist her sexual appeal, especially when you’re colleagues and Rex was certainly far from being a monk. It didn’t come as a shock when it culminated into a one night stand.

Angela decided to sulk it up but Rex didn’t completely turn a new leaf as she had hoped, instead a promotion he got at work and with Morgan goading him from the sidelines only pushed him into becoming more cocky and proud while making reckless decisions. He practically threw caution to the wind, but unknown to him, there is always a price to pay.

Toxic Games is not just a recreational book that is enjoyable to read, but is equally filled with life’s lessons—it is a masterpiece!

BIO: I am a retired woman writing since I completed an MA degree in Creative writing in the 80s. I also paint, and read a lot (see website) I live in Guernsey now and retired after careers in photography, teaching and industry. The book Toxic games is very loosely based on my experience as a Human Resources Manager.The book has been professionally edited but an objective review would be good.