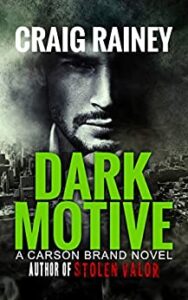 A former construction worker named Carson Brown was keen on avenging his friend’s murder but only to find himself on a collision course with a dreaded Mexican cartel. It turned out to be more than he bargained for when his girlfriend was murdered as they tried to eliminate him too. He would have to rely on his “rare Black Dog Syndrome” to survive in prison.

Reading Dark Motive feels like watching an action movie in 3D display. The author’s way of describing scenery and unfolding events is quite gripping and adds to the momentum, as the reader is left wondering with anxiousness about what is going to happen next.

This book is a masterpiece and deserves the maximum stars!