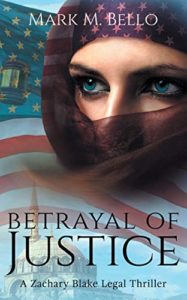 Against all expectations, Ronald John, a narcissist and hardliner with a racist ideology, had risen to power as the president of the United States. In principle, his grim manifesto had outlined key areas he was going to work on to make America beautiful again. However, in essence, it was going to be a battle against ethnic minorities, Muslims, neighboring countries as well as others.

Arya Khan was an American citizen, but her parents were Yemeni nationals who had fled from a civil war in their country many years ago and now lived peacefully in Dearbon. That notwithstanding, Ronald John has become a threat to her family and others who share the same faith with her.

Keith Blackwell, a White supremacist and his friends were excited about the prospects Ronald John’s presidency holds for him and other bigots. Keith classified all other races who weren’t Whites as Niggers, Spics, Kikes, Camel Jockeys, Chinks, and Nips who should all be sent away to wherever they came from. While President Ronald reeled out harsh policies, Keith and his group resorted to the use of terrorism in waging war against the Muslims and other minorities.

Also caught in the middle of the storm were Zachary Blake (Jew) and Jennifer Tracey (Catholic), who were about to get married.

Other characters in the book include, Jack Dylan; a veteran of the Dearborn Police, Baqir Ghaffari; Imam of the Mosque of America, Shaheed Ali, Eric Burns, Ash Granger, Judge Farhad among others.