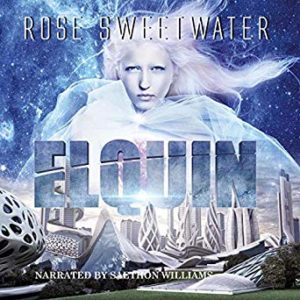 Jen was naturally gifted in seeing visions through her dreams; one of such visions had saved her friend, Cara, from being involved in a plane crash. However, it took a surreal turn when it was revealed to her that some aliens were planning to invade the earth. As faith would have it, Jen accidentally came in contact with Taren at the casino, as he was being chased down by a group of men. Taren belonged to the alien race planning the invasion but wasn’t in agreement with the others and in his attempt to sabotage the deadly mission, he surreptitiously passed the orb to Jen before he was taken captive.

As a battle of supremacy raged between the Elquins and the ororans, the humanoid Elquins led by Locknof knew they must act fast by invading and taking control of the earth in order to gain advantage.

The battle line was drawn between the aliens that wanted to take control of the earth and its resources and a unified force comprising of the world’s most advanced nations that voted to defend the earth at all cost against the alien invaders.

Elquin is a thrilling Sci-Fi that would keep its reader engaged till the very end. It has all the trappings of a motion picture with its well detailed action, violence and gore.  A complete masterpiece!