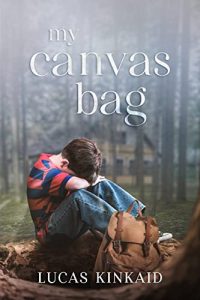 Mark was an intelligent boy but growing up in a home where there was no love was a nightmare as he struggled to get by. His habitually drunk parents were constantly at each other’s neck, virtually turning their house to a warzone. In the chaos, loneliness and frustration, Mark found solace in his canvas bag and a passion for baseball.

Mark couldn’t understand why he had to pass through all the turbulence when other kids around him felt loved and well catered for. Despite the setbacks, Mark was determined to pursue his dreams and not even an unhappy home will stop him.

Characters in the book include Mark, John, Billy, Smitty, Jay, Tanya, Roger, and Neil among others.

The book’s plot was set in the 1970’s rural America, and highlighted how different everyday activities and life generally used to be. My Canvas Bag is an interesting story of self believe and perseverance against all odds.

BIO: Lucas Kinkaid is the pen name of J. Michael Krivyanski. He is a syndicated columnist with Continental News Service. He has published four books of his humor columns that previously appeared in various media. He publishes works of fiction under his pen name Lucas Kinkaid.