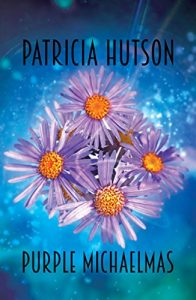 Vicki was a Medium and was married to the most handsome and charming man any woman could dream of, she loved Bill passionately and the feeling was mutual between them. However, when a total stranger emerged from the blues, something uniquely different overcame her, and transformed her from a naïve housewife to a deeply conscious woman. To Bill, Vicki was the most faithful wife he could trust but how could she bring herself to betray such a man or pretend that what her heart yearned for never existed? To complicate matters, the stranger felt same way towards her even though he was married too.

Could there possibly be a way out of this quagmire? What ties does the Purple Michaelmas flower have with her destiny? Or was she going to ruin everything?

Purple Michaelmas is an intriguing book about love, family life, spirituality and adventure. It has a unique plot as well as interesting characters thus giving rise to a highly enjoyable story.