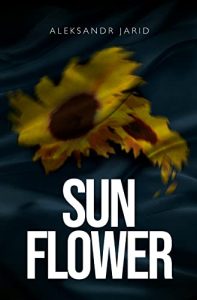 The story began on a tensed noted as Hugo was caught up in the outskirts of Luxor, a city in Egypt as they struggled to transport a consignment that was obviously illegal. With the Nile ahead and the desert dunes behind them, it was a race against time as fatigue sets in. His life was already a mess prior to the present situation. Would he survive the inner turmoil that was already wrecking him from within? Would he overcome his troubles in Egypt?

Sun Flower was told in a back-and-forth manner as Hugo recounted his past experiences back in London while also coming back to the present reality as they struggled under the scotching heat in Egypt.

Characters in the book are quite few and the major ones include Hugo, Femi, and Fiona.

The exciting and flowery writing style of the author as he literally takes the reader by the hand and lead them through this masterpiece that is worth experiencing. You will end up laughing over issues that ordinarily could cause grief.

Sun Flower is an interesting book that is worth reading!

BIO: Aleksandr lives in London, UK. Having a passion and fascination of history and how that is reflected in culture around the world, he focuses his writing on that view point.