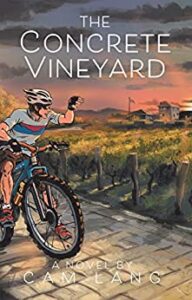 90 year old Edward Mitchell decided to put his historic and enchanting property up for sale, but shortly after, he was murdered in the most gruesome way. With no known heir to inherit his wealth, it would be a tough time trying to crack the murder case. However, to Kris, Edward Mitchell was not just any other victim; he was his former history professor and he would do all he could to assist his friend, Detective Bryan Dee in bringing the killers to justice.

One striking thing about The Concrete Vineyard is its well developed and exciting characters. In addition to that, the book equally has an intriguing plot that feels like a true life story—one without a picture-perfect ending most fictions are known for.

This is a book virtually everyone will find enjoyable to read.