Home > The Elfkin Journals: Blending Of The Races 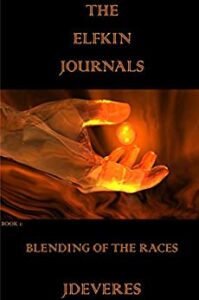 Blending of the Races is a thrilling story about an organized colony of Elves, where members are classified according to their ranks, group or class they belong.  Humans, gorillas and pandas were other life forms that existed alongside the Elves. The Elves were nice but at the same time worried that the planet and their federation would be threatened by the other life forms, especially the humans that were oblivious of their existence.

The plot centers on Garith, the leader of the Planetary Council who was bothered that their planet would come to harm. Thus, they had a mission to protect it at all cost. The sanctity of life as well as the environment must be preserved.

The Elfkin Federation was a peaceful and progressive race but they would have to guard against external threats as well as an epidemic.

Blending of the Races is a thrilling and engaging science fiction most readers will certainly find enjoyable—a masterpiece!