Home > THE FOREST OF ALLUND 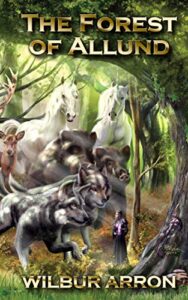 On returning to Korpolis, after a decade of study in distant lands, Mage Alexio realized that a lot has changed during his long absence, but he was determined to reintegrate into the society

The story revolves around Alexio Sopholus, who used his mystical powers as a Mage in helping to build a just society. However, when Alexio killed Archon Lycus, a known traitor with the intent to prevent an invasion and a possible civil war, he inadvertently broke the mage code and would have to bear the severe consequences.

The plot is set in ancient Greece and equally reflected the sights and sounds that were prevalent during those times. The book is a fiction and involves the use of magic and other supernatural abilities by its characters. The author made use of Greek terms in the book, and their meanings were equally explained accordingly for better understanding.

The Forest of Allund is a very interesting book that feels like those ancient Greek mythologies.