Home > Torment in the Wind 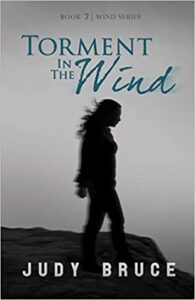 Meghan received a death threat from the only surviving member of a drug dealing family she had wiped out during the course of doing her job as a respectable attorney, one who was married to a law enforcement officer.

Trevor Drummond, popularly known as the Gorilla, just gained his freedom on parole from a federal prison, but he had just one thing in mind, to exterminate the woman that wiped out his family during his incarceration.

In-between was the haunted Drury House and the mystery of its unresolved murders, as well as Kyra’s questionable suicide. The stakes are high as two opposing forces of good and evil are destined to clash in a do or die affair that will, hopefully, sieve facts from fiction.

The story was told in a first person narrative, through the perspective of its protagonist. Torment in the Wind is a thrilling yet enlightening book that revealed the inter-connectivity between law enforcement agencies and the judiciary—a classic book in its genre.