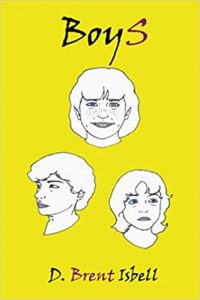 A group of fun seeking high school boys were determined to enjoy all the thrills and excitement they could get in their close nit neighbourhood. Everything was going perfectly well for the group until the sudden violent death of Sawyer was announced. Was it suicide or murder? Was the girl that moved into the next street actually a girl or a boy? These were unresolved mysteries but only the truth will set the record straight.

The story is told in the perspective of the respective characters as they narrated the experiences and challenges they encountered in their daily activities. It also encompassed their interpersonal relationships with the opposite sex.

Boys is a highly entertaining book most teenagers would easily relate with. Likewise, adult readers would have nostalgic feelings as it will make them to reminisce about how they enjoyed their teenage years when life was young, wild and free.

This is a book you’re guaranteed to enjoy!