Home > Eye of The Star 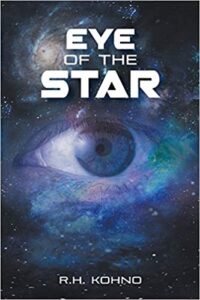 Some Russian terrorists were planning to attack Franklin town in what would be the beginning of the total destruction of the United States. It was a revenge mission planned by Sergei Verenich to punish America for causing the collapse of the USSR. It would require two unlikely partners, a police detective and a psychic to save America but with his credibility on the line and questions’ being asked about his sanity, Jim is at a loss on how to collaborate with Gilda in stopping the Russians. To worsen an already tough situation, the authorities were unyielding and antagonistic to his warnings.

It wasn’t a hoax or just made up in his mind as his boss had flatly told him, Jim could feel it in his guts that millions of Americans were at risk of being wiped out and it was up to him and Gilda to save them. It would be a race against time as they struggle to preempt what the terrorists’ codenamed Final Solution.

Eye of the Star is a thriller and has all the vibes blockbusters are known for—a highly enjoyable book!