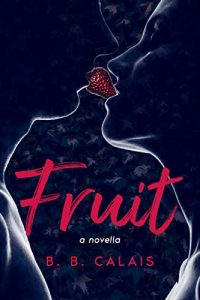 Raff was handsome, bold and smart—desirable qualities that drew the opposite sex to him like bees to nectar. Finding himself in such an exotic environment like a campus, he couldn’t help it as he frolicked and had no-strings-attached fun with several ladies. However, when he encountered Julie, everything felt differently and he realized it wasn’t going to be business as usual. He actually felt a deeper connection with her that was beyond sex and he wasn’t going to allow a moment’s pleasure to ruin all that.

Julie had suffered series of abuses both physical and emotional, and her brother traded her like a commodity available to the highest bidder. It was a terrible situation until Raff came into the picture….

Characters in the book include Kat, Dan, Alice (a cat), Reverend Thompson, Lens, Officer Jenkins and a few others.

Fruit is a captivating romance novella no one would want to drop until they are through the last page.

BIO: An ardent student of language and human behavior, B.B. Calais finds beauty and passion in the most mundane of objects, in the minutiae of everyday things, writing tales of love, lust, and intrigue. Born in Europe, raised in the United States, she lives in Southern California with her husband, son, and a plethora of wild things that visit their backyard.