Home > The Rise of Riverstone 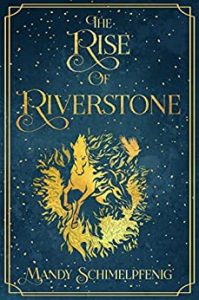 Laria could tell her parents weren’t proud of her as their daughter; she wasn’t particularly beautiful and neither was she blessed with other desirable feminine qualities. Her father was a great warrior and would have preferred she was a boy. However, Laria wouldn’t let all that weigh her down; she remained courageous with a positive outlook to life in Praed Castle. Unfortunately, things took a turn for the worse when her father was murdered and she was made a servant to the man who was responsible for his death. From the grace associated with nobility, she was made to suffer indignities reserved for mere servants. Laria eventually realized that if she must survive and ultimately reclaim what was rightfully hers, she would have to stoop in order to conquer.

The Rise of Riverstone has a medieval plot and an interesting storyline. At 637 pages, the book is indeed voluminous but the thrilling aspect of it is that it’s absolutely enjoyable from the beginning to the end.

BIO: Mandy received her B.S. in Zoology from Washington State University and an A.S. in Veterinary Technology from St. Petersburg College. She is a Certified Veterinary Technician specializing in small animals. When she’s not saving lives, she’s weaving tales of strong women using their intelligence to pursue incandescent happy endings. The Rise of Riverstone has been a labor of love and is the debut novel in her Daughters of Riverstone series. She lives on the Washington coast with her husband and their four children. Besides leaning uncomfortably over a computer screen, Mandy enjoys camping and hiking with her family, reading, and wearing out her dogs on the beach.