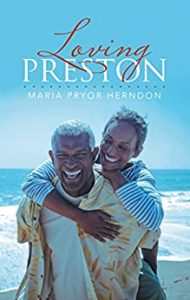 Sharon wouldn’t be described as a beauty queen and was also considered a “slow-learner” by her school teachers. However, she was good natured and hardworking, and eventually graduated with a degree in mathematics. An uncommon feat considering she was not just a girl but also Black. She loved mathematics because she realized that following the rules was all that was required to get the right result but little did she know that life was totally different. When she married Steven, he was so adorable and Sharon thought he was her prince charming. Unknown to her, behind that façade was a monster waiting to devour her. The years that will follow can only be described as hell, would she be able to escape from it? Only time will tell…….

Loving Preston is an emotional novella that could bring tears to the eyes of the reader. It is no doubt a very short book but one that will definitely make an impact!