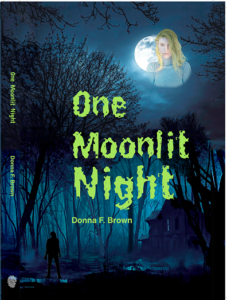 When a man woke up to find his lovely wife and one of his precious daughters stabbed to death by an unknown assailant, it was an unbelievable horror he couldn’t stand as he realized that life was never going to be the same again now.

A disgraced war deserter nursing deep grudges suddenly felt it was time to go on revenge, and coupled with a troubled childhood; the stakes are at its zenith and would only lead to suicidal rage and series of murders in its wake.

The story revolves around Dan Stevens, a law abiding and easygoing war veteran who served his nation during his prime but it came with a heavy price.

One Moonlit Night is a captivating thriller, complete with love, suspense, violence, gore and tragedy. It will surely keep the reader’s heart pulsating as each page is flipped till the very end.

This is a masterpiece no one should miss!