Home > SHAKTI and THE PRINCE (Enslavement of Earth) 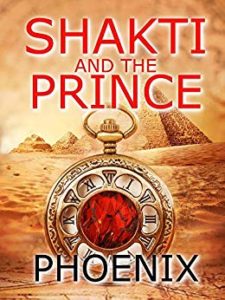 The plot of the book was set about 430,000 years ago using current time calculation. At first glance, Shakti and The Prince will appear like a mythical story but the author made it to be more realistic by revealing factual archeological finds and details that dated way back in time which he correlated to events that happened in the book.

Shakti and The Prince began with the introduction of two princes who were at loggerheads; while prince Enlil had just returned from his mission to planet earth and was hell bent on destroying it, his brother, prince Enki was determined to save it by all means necessary, even if it means killing prince Enlil. However, above their rivalry was their father, the Great Anu who was revered by all. On the other side is Shakti, an enigmatic lady and leader of her people but incidentally Enki had a crush on her.

As one reads further, two different civilizations came into the picture, that of humans occupying the earth as well as other advanced species who felt they were superior to humans. However, the plot became a little complicated with a back and forth movement between activities happening in modern times and events that took place. That notwithstanding, each chapter is started with a dateline stated at the beginning which gives the reader an idea on which era the events were occurring.

There is equally a biblical dimension to Shakti and The Prince as a particular character with the name “I am who I am” presumed to be God who recounted some of the events as recorded in the bible.

Shakti and the Prince is a mix of prehistoric life and modern life as well as theology. It is equally a relationship between humans as we have them today and a race of extraterrestrial species with super human abilities.