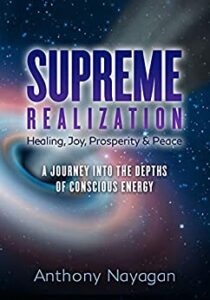 Supreme Realization is a nonfiction book that made conscious efforts to provide answers to questions that have been lingering over the generations about Christianity. Today, not a few Christians have had reasons to ask one or two questions about some doctrines they felt are either confusing or illogical, but unfortunately, those who should provide in-depth answers are often either evasive or worse still, reprimand them for being critical of what they term as sacred believes that ought not to be questioned.

The author of this book is like some curious Christians who sought for clear answers, but unlike most others who were intimidated into submission, he refused to let go, and thus began a journey that took him years to study deeply about not just Christianity alone but other world religions, as well as science and philosophy. In the process, losing his wife, children, investments, home, friends etc. However, the result of his in-depth and all-encompassing study is what we have here—a radical revelation, based on facts that will help you to understand all the issues that have puzzled your mind.

Supreme Realization is written in a refreshing way, and backed with biblical verses that will help you to achieve spiritual growth that is based on self-realization of what is expected of you as a Christian. You will be surprised to discover perspectives and meanings that have always been there, but just that many haven’t been courageous enough to dig beyond the surface!