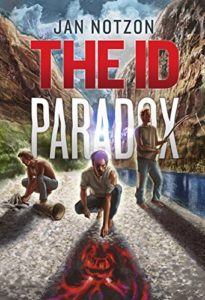 Written in a poetic way with a flawless description of the scenery and activities as they occur, the book can easily hold the readers’ attention in an addictive way by making you to feel at home with the thought process of the main character.

As Jake worked in a Texas melon farm alongside some Mexican immigrants, he got a message that his long lost friend, Connors, was alive and wants to see him. Based on the nostalgic experience they had together while growing up, Jake knew he couldn’t decline such opportunity of a reunion. Together with Connors and Artie, they were the typical three musketeers who had more than a fair share of adventures many years ago. However, while Artie was more friendly and accommodating, Connors was a bit cantankerous. Now, Connors has succeeded in climbing to the top as a politician while Jake’s life seemed to have plummeted from being an attorney to a lowly melon picker in an obscure Texas farm, and even more worrisome was the fate of Artie who was languishing in a prison somewhere in Mexico.

However, Connors had other plans; he was ready to risk his political career to ensure that Artie is freed while Jake would also put his life on the line to facilitate Artie’s escape but a risk he was glad to take.

The Id Paradox is packed with suspense, emotion and actions to keep one entertained and flipping through the pages till the very last!

BIO: Jan Notzon is a novelist and playwright who has made Charlotte, NC his home since 1994.
His first novel, The Dogs Barking, is a coming-of-age story set in a sleepy backwater Texas border town in the 1950s, through the dislocation of university life in the ’60s and on to the raw, frenetic power of New York City. His second novel, And Ye Shall Be As Gods, recounts a brother’s fight to rescue his beloved sister from the clutches of despair and his lost love from the prison of catatonia. His next novel, The Id Paradox, is the story of three friends, assumed betrayal, rescue and healing from the horrors of spiritual annihilation.  His latest, Song For The Forsaken, chronicles the tale of two sisters and the loss of faith that tests the bond between them.
He has also written seven full-length plays, a one-act, The Forsaken, which was produced in two different venues in New York City and premiered in Columbia, SC. His play The Cosmological Constant was workshopped and presented as a staged reading at Actors’ Theatre in Charlotte, NC by the Applebox Production Company. His play When Good Men Do Nothing was a finalist in the Dramarama Competition in San Francisco. He has also written one children’s story, The Gift of Arbol Ceiba.
Jan has also worked as an actor, appearing on Another World, Search for Tomorrow, Matlock, The Young Indiana Jones Chronicles and, most recently, in Beverly Lewis’ The Confession on The Hallmark Channel, a work directed by Michael Landon Jr., starring Adrian Paul and Sherry Stringfield.