Home > THE SIGHTSEERS AGENCY In THE DREADNOUGHT COLLECTIVE 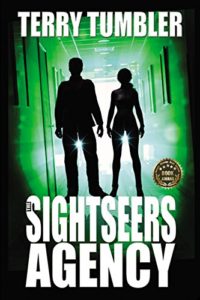 The book’s plot is set on a futuristic dateline, and a lot appears to have happened to the world as we used to know it. The total global population has now gone down to a relatively low 1.5 billion people, and humanity has passed through lots of transformation in virtually all facets of life.

In the midst of all these transformations now known as the new world order, Joe had to recruit Miss Duff and of course the CIA recommended Richard to head the newly established unit under his agency—The Sightseers Agency. Since the new department is all about using supernatural powers to aid their investigative work, employing the duo had come highly necessary. Although both were specially gifted in the world of Psychic, Richard’s special talent went beyond that to include an uncanny ability to be attracted to women thus earning him the nickname Mr. Pencil. Richard’s reputation goes before him such that men are wary of him getting close to their wives. To make matters worse for Mr. Pencil, Miss Duff was drop dead gorgeous and he couldn’t stop himself from having dirty imaginations of her.

On the other side of the divide are a group of aliens called the Grays that have now invaded the earth and were progressively fusing with humans to produce a race of hybrids.

Terry Tumbler actually did a good in the plot, especially in trying to figure out what could be obtainable in the years to come.