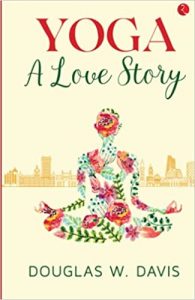 John narrated his enchanting and extraordinary experiences, beginning from his formative years in Indiana, United States and all the way to India. A set back with his first love experience had left a bitter taste in his mouth, and he eventually had to leave his loving parents to pursue his dreams far from home.  However, when it appeared like John was jinxed, he was able to find true love at last.

Other characters in the book include James, Lucy, Aanya, Nicole, Maha, Babatunde, Aijeba, and Chacha among others.

Yoga is not just a thrilling love book with lots of intriguing adventures, but one with several lessons that can help readers to develop clearer insights about life. However, a significant portion of the book may appear stranger than fiction to some readers considering that the narration sometimes transcend the normal activities we are accustomed to, especially when John encountered the evil Basamia as well as his interactions with animals in the jungle.

Yoga is indeed a unique book any reader will enjoy to read!

BIO: DOUGLAS W. DAVIS’ father was a career U.S. serviceman who travelled the world with his family. As a result, Douglas grew up among the military community in Ipswich as well as many bases across the US. His father retired from the Air Force when he was 13 and his family settled in Chicago. In High School and College, in the late 1970s, he was the singer and trumpet player in the funk/disco band Davis Import, who had a couple of club hits.

After studying Law at Georgetown University, he worked as a lawyer for 24 years before leaving to explore his spiritual interests as a writer and consultant. His passion lies in the study of Eastern and Western religions, particularly how they are intertwined.