Home > Weeding Out the Riffraff 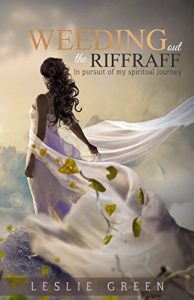 For many people, growing up was a beautiful experience that always brings nostalgic feelings whenever they reminisce about it. However, for some others, it was a dangerous and turbulent phase they can only feel grateful to have survived.

Weeding Out the Riffraff is an autobiography, a true life story, albeit one that could make even the hard-hearted moist in the eyes. As the reader goes through the book, one wouldn’t help but become emotional.

Leslie Green wasn’t born with the proverbial silver spoon and coupled with other socioeconomic factors; she was forced to move with her mother and a constantly disappearing father, from one poor dysfunctional Brooklyn neighborhood to another. Thus it doesn’t come as a shock when child molestation, juvenile delinquency and other forms of depraved activities take root.

This book mirrors the sort of lifestyle a good number of African Americans pass through and is as intriguing as some of the best scripted fictional stories, but what makes it extraordinary is the fact that it all happened to real people, complete with pictures and documents! It is indeed a greatly inspiring book with lots of lessons. The author is a living example that regardless of how bad a situation was in the beginning, that one can still overcome it all and triumph in the end.

BIO: I would like to introduce well renowned Playwright Leslie Green-founder of Potpourri of Color Performing Arts LLC who has written, directed and produced 16 productions since 2004. She is also a mother of (3). Prior to founding the performing arts company Leslie was a certified occupational therapist assistant from 1986-2018. In 2008, she wrote her 1st children’s book called, “Hi Mom, It’s Me” and has written (2) more “Thanks for being my Dad” and “I Can Only Be Me”.

Leslie is also a community activist, who was God inspired in 2015, to create a charitable event called”Treat Her Like A Lady.” Prom Dress Giveaway for high school students. In 2017 Leslie received her Chaplaincy license. In June 2018 she released her 4th book, her autobiography named, “Weeding Out the RiffRaff: In Pursuit of My Spiritual Journey.” On October 24, 2019 Leslie was ordained as a Minister at Upper Room Cathedral of Hope where Bishop William G Bennett is Pastor and Overseer. Since Leslie has a heart for God she never hesitates to help others in need.