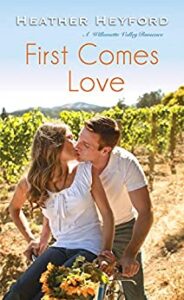 The story revolves around Kerry O’Hearn, a smart attorney and single mother of three. Kerry may have been a famous lawyer with a penchant for winning cases for her clients, but when it comes to her personal relationships, she hadn’t been anything close to successful.

When her teenage daughter was being bullied at school, Kerry’s resolve to put an end to it would mean enrolling her in a boxing program but the move resulted in a twist no one had expected.

After fifteen years of working as a patrolman in Portland, Alex Walker was able to get a new role as a detective in Newsberry based on a reputation that preceded him. The upsurge in wine sales has led to an increase in the number of support businesses operating in the town, an influx of tourists and workers, and consequently more drugs and crimes.

First Comes Love is a highly entertaining book that covered areas such as family life, crime, love, romance and passion. It is the sort of book that could leave a huge impression on the reader.