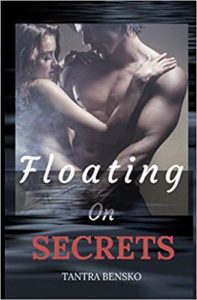 The story began with Flair driving down the street of a small Midwest town in her red Civic Honda, as she went after Addie’s Float. The neighborhood wasn’t in the least enchanting and she could see telltale signs of folks who are struggling to get by. As one read further, it became clear that the story centers on Flair, a young lady of 24 years who works in a lounge as a bartender. The plot takes the form of a poetic narrative as it dwells on Flair’s worldview, hallucinations and aspirations. The story is written more in a passive voice and switched from Flair to a man named Austin who was running away from a crime scene, naked and injured with the police in hot pursuit. He managed to get into a truck and escape before he could be apprehended.

Officer Bradley was in charge of the investigation and he felt that Flair knew something about the fugitive.  Flair on the other hand wasn’t sure if her encounter with the supposed suspect was real or just one of her hallucinations. However, the situation became more intense when she was informed that a burglar broke into Addie’s Float and made away with all the cash in the repository. Unfortunately for her, the record showed that she was the last person on the register and only booked online minutes before showing up. Awkward as it may seem, all evidences pointed towards her and the police had to follow their prospects.

Addie was Austin’s mum but her son never got along with Tim, her lover. Efforts made by Austin to make Addie see that Tim doesn’t love her usually put them at loggerheads.

It took Flair sometime to figure out that the mysterious man who was there in the float was not a figment of her imagination, but was actually Austin. To complicate matters for her, she had developed feelings for Austin.

Towards the end, Floating on Secrets became more thrilling as action builds up to a climax with Austin and Flair aboard a company helicopter when they came under gun attacks from strip club owner; Vance Barnes. It would require determination as well as luck for them to survive what seemed like a tragedy of movie proportions.

Floating on Secrets is indeed an interesting work of fiction that could make anyone’s day.

BIO: Tantra Bensko, with an MFA from the Iowa Workshop, teaches fiction writing with UCLA Extension Writing Program and Writers.com and she edits manuscripts with Book Butchers. She has won gold medals and other awards for her novels, and has had hundreds of short stories in magazines and anthologies. She lives in Berkeley.