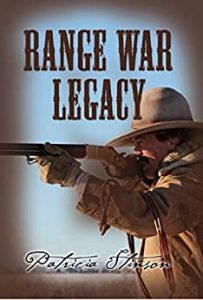 Creed Connelly was murdered and his death framed up as suicide, but no one was fooled it wasn’t the gunnysackers. As the sheep and cattle herders fought over grazing lands, and the Sheep-Shooters’ Association going on rampage, life wouldn’t be the same again in the meadows.

Molly Langster and her family were tending to their livestock when the notorious gunnysackers arrived and murdered some shepherds and their flock of animals. However, little Molly was forced to keep it a secret so her family won’t be wiped out.

Characters in the book include Creed, Molly, Tim, Ruth, Paul, Cassie, Voyager, Emma and Charlie among others.

Ninety years later, Molly realized it was more than enough time to reveal top secrets she was made to keep against her will.

Range War Legacy is an emotional but highly entertaining book and it portrayed how unfair life could be, as well as the sort of scenarios that used to be the norm in certain parts of the United States.

This is a classic book everyone would enjoy to read!

BIO: Patricia Stinson is a Minnesota native. She earned her BA from Augsburg College and MED from the University of Minnesota. In forty years of teaching, she has experience in a country school, in city schools, and a school in the jungles of New Guinea where she had lunch with a cannibal. She was the first woman in the Columbia Heights Police Reserve where she served for four years. She loves animals and enjoys ridging English and Western Style. Her other books are: Who Done It?, Life in New Guinea Ah–yee Ah–ye, and The Beatitudes for Today? Really?