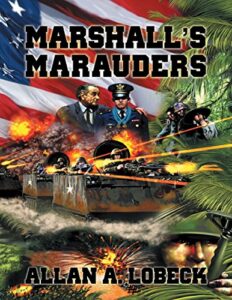 A young American soldier had arrived Vietnam as the war was raging, not knowing what to expect or what fate has in stock for him. However, the full import of what he was up against hit him when he landed and was ferreted straight to Iron Triangle otherwise known as Hell’s Half-Acre, a strategic area where fighting was fiercest as both the North and South struggle to gain control of it.

Reading this book would definitely give anyone the chills, as Allan Lobeck narrates the gut wrenching experiences he passed through. The suspense and anxiety is surreal, and it feels more like watching a horrifying thriller with everything in high definition display than just flipping through a book.

This book is a masterpiece no one should miss!