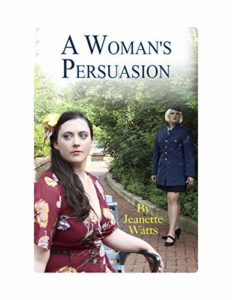 The story revolves around Walter Elliot; the CEO of a New York bank and his three daughters, namely Elizabeth, Anne, and Mary. Things were far from being rosy as his bank was on the verge of bankruptcy as mortgage crises continued to decimate financial institutions in its wake. They all have to put heads together to device a means of staying afloat.

Anne may be a size 22, lazy and dull in the eyes of others, but she was far smarter and a lot more intelligent than everyone ever thought or would give her credit for.  The loss of Freddie’s friendship had been devastating to her as well but she still has more to live for.

One noticeable thing about A Woman’s Persuasion is that its characters are well developed and easily identifiable.

At 149 pages long, the book is relatively small but highly entertaining, and could keep one fully engrossed till the very end.