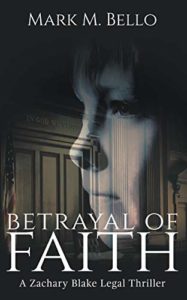 Following the death of her husband, Jennifer Tracey and her two sons, Jake and Kenny lived in a small tri-level in Farmington Hills, where they struggled to make ends meet. Father Bill had done his best, in many ways than one to help the grieving family to overcome the loss, but it wasn’t long before the statutory transfer time came up again, and out he went while Father Gerry came in as a replacement. In her eagerness to ensure that Father Bill’s absence does not create a void that would make the loss unbearable to her boys, Jennifer had to bring them close to Father Gerry with the hope that he would be just like his predecessor. However, unknown to her, Father Gerry was a wolf in sheep’s clothing. He was not just a homosexual, but one with a record of child molestation.

The eventual discovery that Father Gerry was a sexual predator would lead to an outcry and a civil trial. Regardless, the Church does not want such bad publicity and would do everything necessary to stop the trial, but Jennifer wanted nothing other than justice to be done and also to prevent a future reoccurrence.

Betrayal of Faith is a classic work of fiction that captured some of the hideous activities that take place behind the scenes on supposed holy grounds.