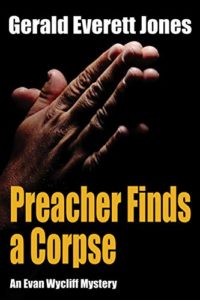 The story began on an investigative note when Evan suddenly came across the dead body of Bob, his childhood friend, just as he was on an early morning visit to two other friends who lived off a lonely stretch. At first sight, it appeared like suicide, complete with a note a smoking gun. Bob was already at his wits end; depressed and frustrated over issues that bothered on his health and other troubles. However, there were some loose ends surrounding his death. His supposed suicide note was typed instead of handwritten, his dog was yet to be found and worse still, Eddie, the widow he left behind was not in the least bereaved.

Evan, who also happened to be a local preacher now found himself in the middle of the entire quagmire as he shuffled between visits to the police, the attorney and Bob’s widow just as his late friend entrusted him to oversee the implementation of his will; a mission that would eventually put him at risk.

The story is told mostly through the perspective of Evan. Written in a simplified way that makes reading it quite enjoyable and also has a rich plot.

BIO: Gerald Everett Jones is a freelance writer who lives in Santa Monica, California. Preacher Finds a Corpse is his eighth novel. He is a member of the Writers Guild of America, the Dramatists Guild, Women’s National Book Association, and Film Independent (FIND), as well as a director of the Independent Writers of Southern California (IWOSC). He holds a Bachelor of Arts with Honors from the College of Letters, Wesleyan University, where he studied under novelists Peter Boynton (Stone Island), F.D. Reeve (The Red Machines), and Jerzy Kosinski (The Painted Bird, Being There).
He is the host of the GetPublished! Radio Show (getpublishedradio.com), and his book reviews are published on the Web by Splash Magazines Worldwide (splashmagazines.com).