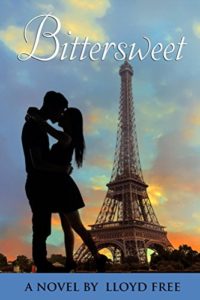 One thing that stood Bittersweet out as an interesting work of fiction is the ease at which the author described the characters in the book. As one read the first page; Max, the protagonist was presented in such a way that one could feel his presence loom large.

The plot of the book dwelled on the period when Blacks in America were being treated like sub humans. During Black emancipation struggle when the likes of Martin Luther King and Rosa Parks were making headlines for the right reasons. At an imposing height of over 6 feet with fine features, Max found himself caught up in the chaos.

Same way the author presented Max’s character in details, equally applied to Renny whose personality could be felt powerfully in just a few sentences.

Chief of police, Detective Maguire was as concerned about his third leg that has consistently failed him each time he tried to have sex with his wife, as well as the nation that was steadily going to the dogs. The dusts being raised by Negroes protesting down South was spreading and to throw the entire nation into chaos. Detective Maguire was in disgust as he felt that protesters were being treated with kid’s gloves.

Max found himself in a romantic affair with Fiona, a more matured lady with a wealthy background. Aside the fact that Fiona had loads of cash to spend and having already promised to buy him a car, Max preferred a relationship with her with no strings attached unlike the younger ladies that seemed to come with lots of demands.

The scenery later changed and Max alongside Renny, Fiona and the others were in France where they had great time in Paris and other places in Charles De Gaule’s country.

Bittersweet is an interesting novel with lots of historical facts that can keep one informed about the activities that happened in times.