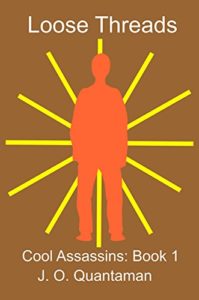 The story revolved around Jen, an adventurous ‘tomboy’ girl who is always on the lookout for any activity that will spur her adrenaline, without minding the risks involved. Jen for some weird reasons was called a monkey girl, and she preferred the company of boys than her own gender. During an all expense paid to trip to Paris for a commercial video, she was amazed by the architectural wonder of Eiffel Tower and decided she was going to climb it and get to the top. The idea may have appeared stupid but Jen was determined to carry it out. She got in touch with Ivan who was a computer wizard along with his team to help her with the logistics aspect of her daredevil mission.

What she didn’t envisage was how difficult her self-imposed ascent was going to be, she had no doubt underestimated how tough it was going to be until she was already half up the tower. Her earlier enthusiasm was gone and was replaced with fear, anxiety, and sudden instinct for survival.

Jen’s adventures and the book in its entirety spanned many decades both in the past, present and time travel into the future, which saw her traveling to different parts of the world. Other characters in the book include Kazuo, Nyssa, Subie, Shepp and several others.

Cool Assassins Series Book One has a plot that is as extensive as it is wide in timeline and was complimented with a large array of well defined characters that ensured it wasn’t in the least boring.

The book equally has some diagrams and tables that were used to drive home some of the events that took place in the book.

I also feel the glossary at the end of the book was apt as it explained some of the terms used in the story whose meaning weren’t decipherable.

Although the book is fairly large at 425 pages but it still remains an interesting work of fiction by all standards, and being a series means it could hold the reader’s attention for the subsequent volumes in the series.

BIO: I live in Vancouver at the mouth of the Fraser River on Canada’s westcoast. The city has been carved out of a temperate rainforest and is sandwiched between scenic mountains and the Pacific Ocean. It also happens to be home base for the “Cool Assassins” series.
___I’ve worked as a photographer, sports-fishing guide, cab driver and software developer. At present I’m semiretired and an avid reader of history, scientific literature, historical fiction and science fiction. I also enjoy a good mystery or romantic thriller.