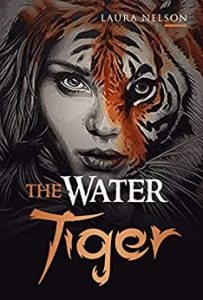 Miranda realized there was hardly anything she could do to make her mother proud of her. She hadn’t shown any sign of becoming a successful shape shifter, a special skill she was supposed to have inherited. She only tolerated her presence and couldn’t wait to marry her off to any willing man on the island. Was she truly of no help to the inhabitants of the vulnerable island? Or did they write her off quite too early? Only time will tell.

Louie was the captain of Renomee, a pirate ship that viciously attacked and plundered other ships without discrimination. They often succeeded until they lost their way and came upon an island. The pirates thought they could easily plunder the isolated island, take the inhabitants prisoners and rape their women. The villagers appeared too weak and few to offer any reasonable resistance or so they assumed. However, little did they know about the existence of a Water Tiger lurking in the shadows.

Water Tiger is an enchanting fantasy story most readers will enjoy.

BIO: Laura lives in the Santa Fe, New Mexico area. Her interest in pirates began while attending the Real Pirates shipwreck exhibit in Denver, Colorado, in 2011. In addition to writing about pirates, she likes walking, Tai Chi, and cats. Previous publications include, The Whydah Pirates Speak, published in two volumes, which is a collection of previously published non-fiction articles about some of the pirates who sailed with Sam Bellamy on the Whydah Galley. Her first novel, For the Love of a Pirate, was published in 2021.