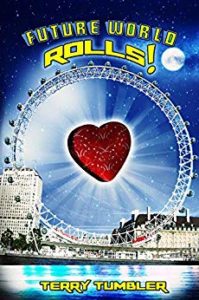 The story centers around two specially gifted cops named Charles and Stan. The duo were not only specially gifted; a personality trait that helps them to stay ahead of the pack in their profession but they were equally smart and cocky.

A combination of physical attractiveness, natural intelligence and alpha male personality all made them irresistible to members of the opposite sex, and the two agents took advantage of it.

Their philandering nature knew no bounds as they kept having more than their fair share of women, and to make matters worse, the marital status of the ladies that warmed their bed were of no consequence to them. However, Lucile was crushing on Stan but his cockiness kept unnerving her.

The book is about the two FBI agents adventures and has loads of romance, love and tidbits of poems as an all-expense paid holiday trip turned into an endless stream of fun and excitement. It also touched on issues that take place behind the scene in the lives of agents as well as a futuristic dateline with all the advancements in technology and space travel.

Future World Rolls has enough thrills to keep the reader turning the pages to the very last!