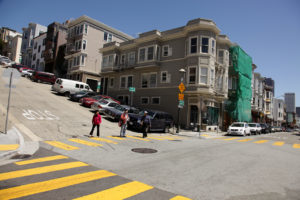 This book is an extension to Fountain of Youth, and like most sequels; it builds on the strength of the earlier version. In a sort of anticlimax, Caleb had survived the onslaught of Wolfe and his criminal syndicate but is currently recuperating from his gunshot injuries. His partner Tom is still very much around but now has a new partner who is attached to him pending Caleb’s full recovery. The chemistry that existed between Caleb and Siobhan has now snowballed into a steamy love affair. Siobhan is holed up with Uncle Henry where she is assisting the sick old man. At the same time, she needed to get over the haunting memories of Rose with the image of her bloodied dead body, although she lived with the satisfaction of blowing off the assailants head.

However, the sudden disappearance of Siobhan changed the holiday mood as Caleb swung into action. He discovered that Siobhan was kidnapped inside a building that was supposed to be a church. The situation was even worse than it seemed considering that Siobhan was not only kidnapped but was sold to a Mexican syndicate that specialized in human trafficking.

Caleb knew he would either get Siobhan alive or die trying but the odds were against him. He had no clue where Siobhan could be aside that she was kidnapped by some Mexicans. The possibility that she was already in Mexico became glaring when Caleb got hold of Sandman and Grandy who revealed that Siobhan had been sold off alongside others to El Chabra, via a tunnel. El Chabra was a notorious drug dealer who recently branched out nto human trafficking. Caleb knew that going after El Chabra right inside Mexico was going to be the most dangerous adventure he had ever embarked upon, but he has to do it if he must rescue Siobhan—it was going to be a war no doubt, but one he was determined to win.

Mexican Madness has enough action and gore to make a nice thriller.