Home > The One Meant to Last 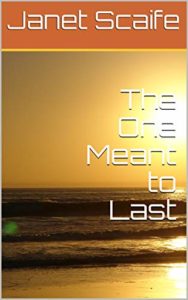 The book started slowly with lots of conjectures as the reader tries to understand the image being created through the perspective of the narrator. However, the story became clear that the narrator, Josephine Pierson was involved in fatal auto accident that claimed lives. Fortunately for her, she survived but was in a precarious situation as she lay in coma.

Other characters in the book include Doctor Eddie Cornel, a passionate man who was as dedicated to his job of saving lives as he was jovial. Eddie knew where to draw the line between having a carefree attitude and being focused on the demands of an otherwise delicate profession.

Doctor Oliver Frearson is a likeable gentleman, although he was thirty five years of age yet he looked considerably younger and was equally well experienced in his profession.

Nurse Carrie O’Brien is part of the medical team, she couldn’t help returning Doctor Cornel’s romantic gestures towards her, and in no time their relationship went beyond what obtains between colleagues and when Doctor Cornel proposed to her, she willingly accepted.

Josephine Pierson or Josie for short could feel her senses returning gradually but she found it quite frustrating when she couldn’t break through the prison walls the coma had forced into.

Although “The One Meant to Last” is a little complicated, but the book is written in a poetic way sort of. It is also important to note that characters like Doctor Eddie Cornel and Nurse Carrie O’Brien only existed in Josie’s fantasy world when she was still locked up in coma. Regardless of that, Cornel’s death as he battled to save lives in Vietnam and a heartbroken Carrie she left behind was very emotional.

Other characters in the book include the irritable Jemima who never got along with Josie.

Also, Josie couldn’t help thinking about Dave, her proud ex boyfriend but she always felt bad at such memories.

Having fully recovered from coma, Josie returned to her meditation career while her affair with Oliver blossomed. At a point, she couldn’t help drawing parallels between Eddie that existed in her imagination and Oliver as they shared a lot of things in common. The similarities were so striking that she began to consider Oliver as a reincarnation of Eddie.

The One Meant to Last has relatively few characters but has a rich plot and flowed nicely in an exciting way.

BIO: In 1991 my first book won The Romantic Novelists’ Association (UK) New Writer of the Year Award. I wrote more Romances and went on to sagas. But ill health got in the way and I stopped writing. When I was 67 I decided it was time to start again, thinking if I didn’t do it now it would be too late! My first book was Aphrodite’s Child, followed by Casanova’s. The One Meant to Last is my third new book. I live in Derbyshire in the UK with my husband, have three children and three grandchildren. I am now 70 but still feel 31 inside my head and have a lot more books to write.